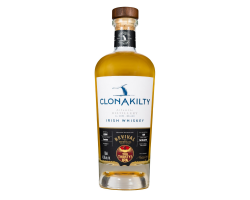 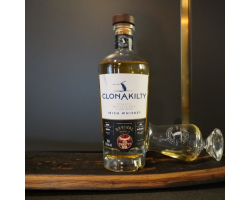 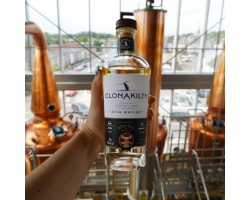 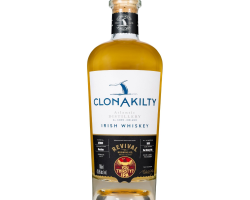 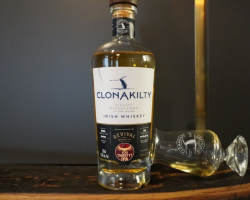 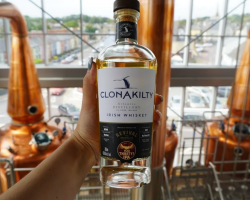 United by a shared passion for innovation Clonakilty Distillery and Revival Brewing, Rhode Island, have come together to release a bespoke whiskey.

Revival “You Thirsty?” IPA Cask Finish is the fourth and final release intended for the Irish market from Clonakilty’s collaboration series. Perfect for that unquenchable thirst!

Once again we called on Paul Corbett, Head Distiller, to tell us more about this showstopper of a finish:

Q. Tell us a bit about the Revival Brewing Company?

A. The Revival Brewing Company are based in Providence, Rhode Island and they have a real passion for innovation similar to ourselves here at Clonakilty.

Q. What beer was used in this particular collaboration?

A. Revival “You Thirsty?” IPA, a New England IPA, which is an Indian Pale Ale from the North East of the US. It’s usually an unfiltered beer so it has a real thick, juicy mouthfeel and a lot new world hops — basically it’s a real thick, fruity, hoppy beer.

Q. Would I be correct in saying they used lots of hops and different types of hops for the “You Thirsty?” IPA?

A. Yeah from what I’m aware they’re using three different types of hops and also three new variety’s of hops that are available in New England. This is why I’m hoping to get some new novel flavours into the the whiskey.

Q. Is this what led you to believe this beer would work well with Clonakilty whiskey?

A. Yes but also because of the New England unfiltered style, the fact it’s got quite a heavy mouthfeel and it’s quite juicy. That’s something I don’t think you usually get in a whiskey and I’m hoping that it will add something unique and fresh to the category.

A. Well because of all those new world hops, they have a real strong fruity flavour and I didn’t want them to overpower the whiskey. This is why I thought to bring the ABV down to just over 40%.

Q. What should people expect from this whiskey?

A. Straight away to me it smells like a New England IPA. There’s lots of mango, passion fruit, just a real variety of tropical fruits but under that you can still get the straw coming through from the grain.

It’s very floral in the mouth, that of course is from the hops. I get grapefruit, lime, a bit of nettle almost in there. At the same time there is still sweetness coming through from the malt like honey and cut straw. If you’re into craft beers this whiskey will work perfectly with them as a chaser.

Limited Release: 1,600 bottles in total, only 144 bottles kept for Ireland.
Best Enjoyed: With a tall glass of IPA!

DigiTickets
How can we help?

I'm having trouble with my purchase!

Tell me more about DigiTickets!